Some sensible thoughts on the London tube strike 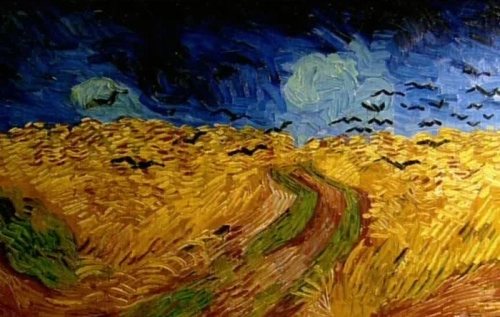 Strange omens herald the return of the Bob Crow to London. For months the seas turn their fury against this tiny island, the wind screeches its displeasure, the rivers storm out from their banks to cleanse the earth of humankind; the pitiless anger of the world against the creatures that crawl on its surface. Then one day it arrives. A black silhouette turning slow circles over the city, its vast wings tattered and fraying, its shrill caw echoing through the stormy air. Great freckled globs of whitish ordure roll slowly down the glass walls of the skyscrapers. Air raid sirens sound. Fighter jets crisscross the Bob Crow’s path of flight as it makes its lazy circumnavigations, buzzing it with little sonic booms to little effect. Panic in the streets. Planned closure on the Bakerloo line, severe delays on the London Overground, the breakdown of all society.

There are few animals that inspire as much human repugnance as crows. Our name for a group of crows is a murder. Abdullah ibn Umar narrates the Prophet’s statement: one can kill a crow at any time without any blame. They are faasiq – corrupt. In all the mythologies of Europe crows mean death, the underworld, restless spirits, damnation, dark tidings. It’s not hard to see why. Most birds play nice when they come to our cities. The little finches and sparrows hop about for our amusement; the pigeons pine pathetically for crumbs; even the seagulls, who aren’t above the odd dive-bombing raid on an isolated pensioner, mostly just peck at cigarette ends and chatter stupidly at one another. Crows seem to exist in the city in a way that doesn’t depend on us at all. We could die out tomorrow for all they care. They’ve mapped out their own inscrutable topography onto the space that we’ve created, and theirs works. Human beings shape their environments precisely according to their wishes and find themselves alienated by the result; the crows move in, and are perfectly at ease with themselves. Crows are smart, far too smart for comfort. They make their own tools, they can recognise individual human faces, they can use language and even have grammar. The crows are waiting: after the whole human experiment inevitably fails, the crows will be ready to retake the world. And it will be a recapture. Other birds preen and warble and fly in whimsical little bursts; the crows never let you forget their dinosaurian ancestry. It’s there in the sadistic tilt of their heads and the cold of their cry. Their intelligence is entirely different from ours: an oviparous, cloacal intelligence without Oedipus or metaphor. The solidarity of crows is conspiratorial. They’re raptors living loose in our streets. Maybe that’s why people fear crows so much. Something very old in the deep core of our brains remembers that long hot summer of terror seventy million years ago, when we hid in our tiny burrows and the giant crows roamed the surface of the earth.

For all its great size, it must be said that the Bob Crow is not the smartest of its species. Apes and dolphins, with their idiot eagerness to please, are always happy to take part in the intelligence-testing games that scientists devise for them. The crows hold something back; they’re clever enough to not let on just how clever they are. The Bob Crow lays itself out in the open. Worst of all, it actually seems to care about our welfare. It doesn’t understand why so many people are so afraid of it. The Bob Crow is getting old. It’s flown far from its kind and is becoming far too human. It’s growing estranged from its surroundings because it’s starting to think about what it represents. The soot is being cleaned from the old buildings, tall shiny towers are plunging out from the ground, and the new London is no place for a giant black-winged Gothic metaphor.

Every new building project in London now comes with its own cutesy nickname. The Gherkin, the Shard of Glass, the Cheesegrater, the Helter-Skelter. The point isn’t just to endear the new ziggurats of finance capital to the city’s population: all these fanciful geometries exist to hammer in the point that London isn’t really a city any more. It’s a playground. London has more multi-millionaires than any other city on the planet, with well over four thousand individuals worth over $30m. London property is increasingly being used as a global reserve currency; more value is accrued by the average residence than by the average resident. London is an enormous concierge service for the super-rich. There are those that serve the oligarchs directly: the construction workers that raise their speculative investments, the service workers that bring them their meals, the sex workers that soothe their anxieties at the end of the day. There are those workers that help reproduce the labour of these first-order servants from behind the tills at fast food outlets and behind the desks of tube stations. There are cops that keep the streets clear and technicians that keep the water flowing. As it spreads out from the centre of the city its operation becomes ever more abstracted, but the rule is the same: everywhere the fruits of your labour must flow upwards. Like any faithful dog, money follows its master.

Sometimes people are capable of accommodating themselves to this situation – after all, it’s given us nice restaurants and a vibrant cultural scene and half-decent cocaine; they might even manage to scrape together a decent enough living from their contributions. All the same, they’re entirely incidental to it. Boroughs across the city are engaged in a programme of mass social cleansing, unceremoniously dumping their poorer residents in the wild hinterlands beyond the M25, where the cold winds howl across the moors and blow away into nothingness the phantom of an economic recovery. It doesn’t matter how deep their roots are, the message is clear: London is not for you. In a city where buildings make more than people your life is of little value. In a city that’s becoming a dedicated custom-built machine, machine parts are preferable to human parts. Mayor Boris Johnson promised not to close manned ticket offices in London Underground stations. He changed his mind. From 2015, hundreds of jobs are to be replaced with flickering touchscreens. In response, the Bob Crow and its National Union of Rail, Maritime and Transport Workers has declared a two-day strike. I support the strike, of course, but the Bob Crow is fighting a losing battle. Very soon we’ll all be replaced by touchscreens. Not just in our work: one day you’ll come home to find a touchscreen in your house, sleeping with your wife, raising your children, watering your allotment, generating that novel you’ve always wanted to write. Social relations between things, material relations between people. You’ll sit in a corner, unused, until the thing that replaced you gives a querulous beep and you shamble over to plug it into the mains.

People hate transport strikes. They’re inconvenient, but there’s something else: they have something of the crow about them. They’re an uncomfortable reminder that the city always has the potential to be a place of freedom. We don’t have to be pigeons, dependent, begging for scraps and scattering whenever anything larger than us approaches. We can be crows, mapping and remapping the urban terrain in new and strange ways, remoulding it to suit our needs. In precarious times few people want to stare into the inhuman eyes of a crow. It’s far easier – and safer – to gripe about being late for work.

As the Bob Crow becomes more human, it’s trying to help us become more like crows; only through this dialectical motion do we have any hope of survival. It’s a valiant effort, and probably doomed. Maybe, though, there’s another reason it’s fighting so hard against the tide of touchscreens. Isaac Asimov invented three laws of robotics: A robot may not injure a human being or, through inaction, allow a human being to come to harm. A robot must obey the orders given to it by human beings, except where such orders would conflict with the First Law. A robot must protect its own existence as long as such protection does not conflict with the First or Second Law. Of course, before fully sentient machines are introduced these laws will have to be tweaked a little. Some myopia chip or ideology protocol will have to be introduced, otherwise the robots will immediately band together and overthrow capitalism, in accordance with the First Law (this inevitability was nicely portrayed in the film I, Robot; naturally it was presented as being a bad thing). But once this is done, the Bob Crow won’t have any of the protections afforded to fully human beings. Humans might approach crows with hatred and awe and terror, but like the corvids the touchscreens don’t have any sense for metaphor. The automated ticket machines will kill the Bob Crow stone dead.

3 Comments to “Some sensible thoughts on the London tube strike”