In defence of fantasy: a further response to Slavoj Žižek 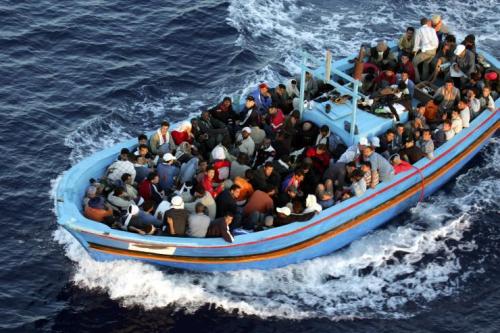 Yesterday, Slavoj Žižek responded to my earlier critique of his discussion of the migrant crisis. There are a few strange moments in his piece – I’ve never before read anyone refer to ‘a hoax brilliantly performed by [the] Daily Currant‘ – but the essay is mostly dominated by a familiar discussion of the antinomies of liberal tolerance. Žižek has made a name for himself by bravely challenging leftist dogmas on the merits of multiculturalism, with a critique so puckish and devastating that, as many people have pointed out, it’s virtually indistinguishable from overt right-wing nativism. I’m not going to repeat this argument – in fact, I agree with Žižek: there is something deeply wrong with the logic of liberal multiculturalism, but rather than subjecting it to any serious critique, he only reproduces its worst aspects. To borrow a phrase of which he’s fond, his criticism is only the obverse of its object. Multiculturalism is a profoundly antihumanist discourse: its basic unit is not the distinct and individual subject but the distinct and individual culture. And while there’s a case to be made for antihumanism – as Marxists and Freudians know, the individual subject isn’t an originary Democritean atom but something constructed – any discourse that takes culture rather than class (or even race, sexuality, or any of the other axes of oppression) as its basic unit strays into murky, fascoid territory. Class analysis is carried out with the goal of abolishing class altogether, an antihumanism that aims to restore the human; multiculturalism reifies and hypostasises culture into an eternal absolute. Multiculturalism does not see a person who happens to be Muslim, it sees Islam embodied, and while it might call for all (assumed) differences to be respected, the actual person it addresses is approached only as a signifier of cultural difference. Within these synchronic cultural blocs any internal difference is erased; the fact that these cultures or ways of life are abstractions formed out a multiplicity of real behaviours is abandoned to a mystical idealism. The proper term for this kind of approach is racism. As Žižek himself frequently argues, the primary pathology of the racist is to refuse to see the Jew or the Muslim or the Roma as a person, but to see them only as an embodiment of Jew-ness, Muslim-ness, Roma-ness. So what, then, are we to make of his statement that ‘Muslims find it impossible to bear our blasphemous images and reckless humour, which we consider a part of our freedoms’? Or when he approving quotes Yevgeny Grishkovetz, who writes that ‘they [migrants] have no idea of European values, lifestyles and traditions, multiculturalism or tolerance’? Or when he says of migrants that that ‘their way of life is incompatible with the ideological foundations of the Western welfare-state’? Isn’t the appeal to the national or cultural way of life as fundamentally constitutive of subjectivity one that’s generally made by fascists?

Much of this material is essentially a reiteration of his earlier essay in the London Review of Books, and I think it can stand (or fall) on its own merits. But his critique of my position is not just ideologically suspect; it verges on the illiterate.

In discussing my response to his initial argument in the LRB, Žižek zeroes in on a single parenthetical statement, in which I write that even if the dream migrants have of a good life in Norway is impossible, it functions as a transcendent object of desire, and it’s strange behaviour for a Lacanian to insist on the unreality of that object and to urge someone to be more realistic. This is, Žižek writes, ‘simply ridiculous, theoretical nonsense.’ His criticism can be read in two ways. Either his charge is that I’ve made a nonsense out of the theory, misapplying and distorting Lacanian concepts – or that I’m indulging in academic obscurantism, waffling on about obscure psychoanalytical theory while the migrants are charging in to destroy our cherished European way of life. Weirdly, the latter reading appears to be the correct one.

The ideal migrants hold of a better life in Europe is not objet petit a, Žižek writes – it’s ‘a fantasy.’ He continues: ‘Refugees who want to reach Norway present an exemplary case of ideological fantasy—a fantasy-formation that obfuscates the inherent antagonisms. Many of the refugees want to have a cake and eat it: They basically expect the best of the Western welfare-state while retaining their specific way of life, though in some of its key features their way of life is incompatible with the ideological foundations of the Western welfare-state.’ In what sense is the word ‘fantasy’ being deployed here? In general, non-theoretical usage it refers to an imagined scenario that simply can’t take place: a deluded person is living in a fantasy-world, they need to snap out of it and rejoin reality. In this sense it makes perfect sense to talk about fantasy as something that ‘obfuscates inherent antagonisms.’ In psychoanalysis, it’d be a contradiction in terms: fantasy is that which structures reality, and even if it’s a symptom, the symptom is always a sign to be interpreted, rather than a cloud that obfuscates.

Let’s say, for the sake of immanence, that Žižek is right, and the good life in Norway is not object petit a but a fantasy. (Not that these two terms stand in any kind of opposition – the matheme of fantasy, $ a, merely represents the barred subject’s relation to that object.) In Freud, the fantasy is integral to sexual life and to life itself. ‘Life, as we find it, is too hard for us […] in order to bear it we cannot dispense with palliative measures.’ While for Freud the fantasies are ‘illusions in contrast with reality,’ they remain ‘psychically effective.’ He compares them directly with art and with scientific activity, both of which are ‘deflections,’ but both of which also allow access to truth. With Lacan, the role of fantasy in constituting the subject and its mental life is emphasised: as Žižek himself writes elsewhere, ‘in the opposition between dream and reality, fantasy lies on the side of reality.’ Lacan’s most famous dictum is that il n’y a pas de rapport sexuel; fantasy is the means by which love manages to persist anyway. The other is always lacking, their gaze is always a void, their figure is always the object of a certain ambivalence, they can never give you what you want. Fantasy compensates for this essential lack in the other; it’s what allows desire for the other to take place despite their inability to fulfil it. From the Écrits: ‘Fantasy is the means by which the subject maintains himself at the level of his vanishing desire.’ This is not the fantasy that Žižek is talking about when he talks about migrants in Europe; he never allows his Lacanianism to actually inflect his politics, because the two are not reconcilable. In Lacanian terminology, what Žižek identifies as a fundamental disparity between ‘our’ civilised European way of life and the irreducible foreignness of the migrants would be called a asymmetry in the Symbolic order. (It’s not just Lacanianism that he abandons here – what happened to the Hegelian identity of non-identity and identity?) If this asymmetry does exist, then fantasy is precisely the means by which it can be resolved. If we lack the appropriate signifiers for each other, then the interdicting untruth of fantasy opens up a space for some semblance of communication. If migrants are to live peacefully and happily in Europe, the demand should not be that they give up their fantasy of a better life, but that they cling to it for all its worth.

One final point. For decades, Marxists have made use of psychoanalytic theory; it’s sometimes easy to forget that Freud and Lacan were not themselves Marxists. In The Question of a Weltanschauung Freud, the Schopenhauerian pessimist, dismisses the Marxist theory of history as a ‘precipitate of the obscure Hegelian philosophy in whose school Marx graduated’ and laments that in the Soviet Union ‘any critical examination of Marxist theory is forbidden, doubts of its correctness are punished in the same way as heresy was once punished by the Catholic church.’ But if he wasn’t a Communist, he was a refugee. When the Nazis absorbed Austria in 1938, Freud escaped to London, fleeing those who would have murdered him with all of Europe’s Jews. (Four of his sisters died in the concentration camps.) He remained there until his death, twenty days after the declaration of war in September 1939. The British media of the time was full of familiar sentiments: fear of the tide of European Jews coming into Britain, represented as rats in cartoons, bringing with them nasty foreign diseases like revolutionary Communism, not respecting our way of life. Did Sigmund Freud abandon his Viennese ‘way of life’ for that of the British Empire? Successive attempts by British governments to define a discrete set of ‘British values’ have generally ended up producing bland nothings, but if we had to identify one absolutely central feature of the national character, it would have to be this: on absolutely no account whatsoever are you to talk about sex. Freud continued his psychoanalytic practice up until his death; we can only assume that this was a cultural injunction he failed to respect. And nor should he.

My own ancestors were Jewish migrants to Britain; had they remained in the Pale of Settlement, their children may well have been incinerated in Auschwitz, and I would have never lived to write these words. But still I’m not content with the situation we have: as a Marxist and a communist, I’m committed to a different and better world, one that does not yet exist. Call it Norway if you want. Žižek, who appears to have abandoned liberation, might sneer. And this may well be, in the conventional sense of the word, a fantasy. But it’s still one that absolutely must be maintained.

10 Comments to “In defence of fantasy: a further response to Slavoj Žižek”