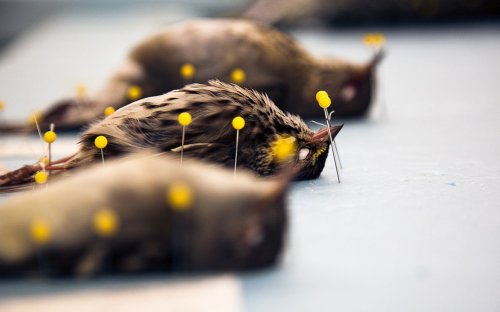 You have decided to stop using Twitter. You won’t pretend that there was some sudden moment of epiphany, some limpid instant scrolling elsewhere-eyed through ten thousand other people’s keening attempts to entertain, when you realised that this was no longer for you. Thinking of things in terms of moments and instants, that thinly sliced, superficial, impermanent digital Now – that’s part of the whole pattern of thought you’re trying to break out of. You want to do things deeply, slowly, properly; you want to have insights that can’t be compressed into one hundred and forty tossed-off characters. You’re tired of being snide, of the enforced narcissism, of being beholden to your brand, of manufactured outrage, of all those internecine arguments with angry ovarious hordes, dank keyboard-grubbying imbeciles, crude men smearing chip fat in iridescent streaks over their phone screens, people who don’t even work in the media.  You, comic books reviewer for the New York Oboe; you, occasional guest panellist on the BBC’s  Sweary Wednesdays; you, noted online thinkfluencer and inventor of the #DonaldTrumpHasHairlessShins Movement; you have had enough.

You’re going to start living in the real world again. You looked out a window, a real one, made of glass, and you saw a little bird, a real one, alive, not some sinister blue logo. You saw it trembling between the crooked branches, going about a business wilder and stranger than anything in our smooth fake online lives, and you thought your heart would break from the sheer beauty of it all. You made an off-colour joke at the bar – a real bar, made of real bricks – and there was nobody to pounce or denounce, nobody tried to eject you from the premises, and you felt so incredibly free. You’re streamlining your life now. You went out and bought twenty shirts, all in the same shade of grey, because life is too important for clutter. You’re going to go for walks in the park and read books in cafés and cook simple but wholesome meals incorporating flavours from three lesser-known continents. You’re going to stop wasting time and do work, real work, good work. Maybe a novel. But before you go, you’re going to write a little meditation on why you have to go, something longform, something thoughtful, and then you’ll compose your final missive to that abandoned, insular world. ‘Goodbye, Twitter,’ you’ll write. ‘I’m off, and here’s why.’ You’ll think for a moment. You’ll add a short appendix. ‘#Media #Twitter #Writing.’ You’ll think for another moment. You’ll delete the hashtags. You’ve been thinking a lot lately.

This isn’t a cynical move, but at the same time you do think you’re doing it at the right time, because Twitter is dying. The site lost two million users in Q4 of 2015, and because you understand such things, you know what this means. Social networks don’t really make any money, the profits come from the expectation that if they keep growing, sooner or later someone will figure out a way to properly monetise their userbase. Small companies get bought up for vast, parodic sums; big companies float themselves on the stock market and surrender themselves to the predictive powers of the market. It all depends on the capitalist symptom of reckless, tearaway growth: you conquer the world, or you die; nothing in between. And Twitter has failed to conquer the world, so its stock is collapsing. You’ve seen things collapse – families, relationships, buildings, countries – and you’ve learned that if you have a chance to spare yourself those awful final days, you should take it. Leave the place to crumble, and may those still inside be swiftly crushed. The indifferent waves of silicon will reclaim it, the jagged fragments of lost startups. Like the GeoCities, of which nothing remains, all those names pathetically repeating themselves – ‘Hi, I’m Mike, and welcome to my Formula 1 page’ – now silent, all those hideously personal colour combinations reduced to the desert whiteness of a 404 page. Or Myspace, which like all the other places where you used to hang out as a teenager now feels shameful and threatening, sullen graffiti, the lingering tang of body spray, the numinous autonomy of something you no longer own. Or Friends Reunited – remember Friends Reunited? – which only wanted to help, and got got no gratitude. Death will suit Twitter well; you’ll look back on it fondly, it’ll be far more loved as the nostalgic name of something you used to do than as the monster gobbling up your life.

So why does this brave real world you’ve decided to start living in feel so familiar? Why does it feel so false? You’re going to start writing, you’ve decided, without distractions: so the day yawns open at you, a stinking cavern of dead black time, and you find you have nothing to do. How many times can you water a plant before the thing gets waterlogged and dies? You tried tracing its long glossy leaves with your fingertips, marvelling at the intricate patterning in its mesophyll, and have come to the sad conclusion that plants are actually quite boring. You try to read a book – Middlemarch; you’re slowly sinking down the list of great novels to read before you die – but your gaze slips from the first sentence in one paragraph to another, searching for the point – and you think: when I do die, will it really matter if I’ve read this stupid thing or not? You have a funny observation about the day’s news, clever but not really good enough to make copy, and given that all your friends are online you text it to your mother. She doesn’t reply; for four damn hours she doesn’t reply. ‘Ha! x.’ Could it be that you’ve forgotten how to live? It’s being cooped up in here, it’s these four plain walls. You need to do the unthinkable. You need to go outside.

You leave without any clear aim or destination in mind, but it doesn’t matter. You’re a flâneur! You’re the poet of the material world! Passing by a chain coffee outlet, you decide to drop in, listen to people talking, gauge their lives and concerns through good, old-fashioned, unmediated, personal voyeurism. And, even though you won’t need to say or do anything, the patrons will silently admire you, and maybe even want to fuck you – how could they not? You order your filter coffee (‘No, no milk, I’m a deeply serious person’), unfold your newspaper, and wait. But it’s so strange: half the people there are just looking at their phones; glancing up occasionally into the eyes of their friend or lover with unalloyed disgust, as if repulsed by their needling physicality – and the ones who do talk seem to have a compulsive verbal tic you’d never noticed before. Before they say anything they’ll always address their interlocutors by their full names. ‘Stephanie Jones: Didn’t they say it’d rain later?’ ‘Mark Eyabunoh, Corey Adelusi: Ha ha! That’s so funny.’ It reminds you of something, something unpleasant. This place is wrong. But when you rush outside, they’re all at it. Someone seems to be walking down the street, acting normally, but a hideous change comes over them as soon as you’re in earshot. A furious political argument erupts between two strangers; they look as if they’re about to claw each other’s eyes out. Teen girls scream about One Direction as you approach. Drivers start singing football chants out their windows, staring spittle-flecked and manic in your direction and only yours. One woman dances, thrusting a picture on phone into your face: ‘Here’s what I had for lunch!’ A schlubby-looking man in a brown suit and purple tie seems to be in the middle of an epileptic fit; his hands judder, his shoes scuff against the pavement, and he croaks, over and over again, ‘Taylor Swift: Show us your feet. Taylor Swift: Send us foot picture? Taylor Swift: Show us your feet. Taylor Swift: Send us foot picture?’ You don’t stop to help. You just ignore him. You learned, somewhere, to ignore.

Other people aren’t good for you, it’s clear. They’re strangers, witless and dull; what you need is nature. You start to head home, back towards the high street, maybe you’ll rent out a cottage somewhere in the barren north where there’s no wifi. But as soon as you turn the corner, every head snaps suddenly to fix its gaze on you. ‘Tosser,’ says one shopper after another. ‘Arsehole.’ ‘Pompous twat.’ They crowd on you, breathing halitosis and malice into your innocent face. ‘Why do you keep saying I’m a tosser?’ you yell. ‘I don’t even know you!’ The nearest creature, a skinny man in glasses and store-bought stubble, smirks. ‘Yeah,’ he says. ‘You don’t know me, because you’re a tosser.’ Everyone laughs and claps and starts giving this smug prick his comradely pats on the back. Maybe it wasn’t Twitter. Maybe you really are a tosser. But surely that can’t be true?

The birth of that new cult gave you time to escape, at least, so you scramble panicked up a hill, some big comforting grass-edged tit, to look out over the city and try to take stock of things. Maybe you’ll sketch the view in your Moleskine. On a grey and blustery afternoon, there’s nobody else in sight. The trauma recedes a little; it’s almost peaceful. But the skyline doesn’t rise slowly inch by inch over the horizon, like you’d imagined; it jumps out suddenly, fanged and snarling, in the break between two trees. Patches of sunlight swim jellyfish-like between the skyscrapers, the whole giddy tapestry of human life is laid out in front of you. And there, hovering fifty feet above midtown, are three huge, spectral symbols. You know what they are. Reply, Retweet, Like. No. You clench your eyes tight and frantically jab at the other button like it’s the only thing that can save you. Report abuse. Report abuse. You need to block it all, it offended you, it needs to go. This mustn’t happen. Give me control. Make me admired. Make me loved.

You can’t quit Twitter: you, writer; you, comedian; you, journalist; you, early adopter; you, self-confessed nerd and unapologetic brunch snob. You created it, with your earnest musings and your boiling self-regard; you summoned the demon, and while its name might change the beast will never be able to relent. You bring Twitter with you wherever you go, because you are Twitter. And it’s dying, because you’re already dead.