What to do when you’ve been cucked 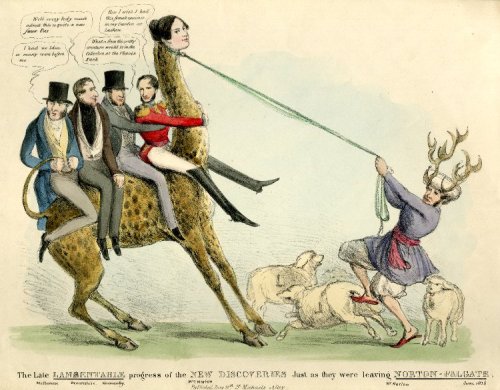 So you came home to find your wife fucking another man, someone you’d never even met before, right there on the living-room sofa. Your own response surprised you; you were surprised by just how unsurprised you were. Your wife and her lover were steadily shuffling the cushions off that sofa you’d bought, and all the while she was making noises you’d never heard before, not pantomime screaming but breathy fluttering moans of a genuine pleasure you could never possibly give her, and you asked the two of them to keep it down a bit maybe as there was some work you had to get one with, and then you left. You’d always wondered, dimly, what someone like your wife could ever see in someone like you, and as it turned out the answer was that she didn’t. Almost reassuring. There’s something to be said for not being seen. So you went up into the little study you’d made for yourself in the spare room, and put on some nice mid-2000s indie music to drown out the noises still coming from downstairs. It wasn’t as if you’d not been warned. Everyone is tired now of the identification of the sexual with the political, the fact that you can hardly bring up Marx now without Freud trotting along smartly on his heels; you are an enlightened man, and feel vaguely that statecraft should be about bigger and grander things than the policing of which bits of which bodies are allowed to go where, but you were warned. For months now strange men had been pestering you online whenever you offered up one of your sensible and well thought-out takes on the day’s news, and all of them had been calling you a cuck. Your wife, they’d been telling you, is fucking another man. And they weren’t wrong.

For most people aware of the phenomenon, it seems strange or ridiculous that the online far-right should be adopting accusations of cuckoldry as its insult of choice. Of all possible slurs, cuck is pretty much unique in that the only person it ever really diminishes is the person saying it. The people most fond of it are young, pyogenic, leeringly antifeminist men who spend far too much time online, and for whom cuckoldry is an object of terror and fascination in equal measure, despite the fact that – let’s be frank – they don’t tend to fuck very much; men who are deeply anxious that someone else might have sex with the wives that they don’t have. It’s not even hidden: all the cuck-sayers are doing is universalising their lack of phallus. On their various websites (4chan, the manosphere, there’s no point indulging in the usual nonsense about the ‘dark corners of the internet’ when the whole panoptic prison is floodlit at all times) the idea of female inconstancy dominates. One notion, tied to the principle of a universal hypergamy, is that 80% of women are having sex with 20% of men, with the remaining men either being double-timed or left entirely celibate; another holds that up to a third of all fathers are unwittingly raising a child that is not theirs. To even be capable of processing the insult you need to be aware of all this stupid shit; that’s the only sense in which it’s effective: if someone calls you a cuck and you know what they mean, you should probably sort your life out. So why use it?

Which might be why it lends itself so easily to politics. (Those most often accused of being cucks are, after all, the followers of the dominant liberal-democratic ideology, something deeply ineffectual but which asserts itself everywhere with a terrifying violence.) In the mythology of the far-right, nations are cucked by welfare and migration, politicians are cucked by business interests, the average male is cucked by every bureaucratic indignity that’s keeping him from being an untamed creature of the forests like his notional ancestors (and usually, sooner or later, by the horrifying, cystic, priapic figure of the Jew). You could say, on a certain level, that they’re not wrong: doesn’t being forced to live under capitalism induce a profound psychic mutilation of the individual, their alienation from their species-being? Are we not weak? Isn’t your wife fucking another man right now as you read this?

It’s not so easy. The figure of the cuck maintains a certain hostility to Marxist categories. In classical cuckoldry, the cuck is not just the man whose wife is having an affair, but one who is raising her lover’s child as his own. There is nothing here of exploitation, the expropriation of surplus value –  capitalism functions by partialities, always giving, coiling vast streams of plenitude and desire around a wretched and miserly core: what you get out is less that what you worked for, wealth is indissociable from scarcity, you have been short-changed. That little skimmed-off portion of surplus value is a void, formed by rational and autonomous processes, and in a void there’s nothing for the tendrils of cathexis to grab hold of. The cuck inhabits a very different universe: double-timed rather than short-changed, nothing has been taken away from him; instead, a shadowy, nebulous something has been added. He isn’t diminished by being cuckolded in the sense of the worker diminished by wage-labour; he was always ontologically insufficient. His partiality seeks not completion but the sequential introduction of further partial objects, of which there can never be enough. In medieval Europe – still today, in some places – the cuckold was said to wear horns, the sign of a demonically rich nature. The cuck desires his own cuckoldry. His world groans under its own weight, overstuffed, seeping surplus everything in a trillion lines of forbidden sweat; the form of appearance of the living world within a dead one. He is the coddled, declining bourgeois; postindustrial, atomised, and observant; incapable of overcoming his condition by collective action, shut off not from his own full self-realisation but from the manic overproduction that surrounds and supports his twitching form. You are in your own house, nothing has changed, except the strange man vigorously fucking your wife downstairs, the immenseness of a pleasure that no single body can contain. A vast unknown dimension opens up in front of you, as the cuck trembles on the precipice of infinity.

So you have been cucked – now what? Are you going to divorce your wife? Of course not, you don’t have the balls. The strange lonely men with their anime avatars and their antisemitism like to proudly declare themselves uncucked, which is an obvious nonsense; there is no end to cuckoldry, whose schema is that of limitlessness. The cuck-sayers, with their constant whining about other people being allowed enjoyment, are the most cucked of all – next to their idealised heroic image of the noble and independent man, a pathetic animal cucked every day by the scarcities of blind nature. There’s nothing else to do: you will wait for your wife’s lover to leave, and then you will make a dinner of grilled salmon, brown rice, and broccoli, which you and your wife will share with half a bottle of supermarket red, and you will talk about – what else? – politics, and then you will go to sleep. You miserable, pathetic cuck.

There’s always more, no end to the monstrous things crawling out the chasm between sex and politics. The cuck-sayers are all tremendous fans of Donald Trump, despite the fact that, as everyone knows, he’s only running as part of a secret deal with Hillary Clinton, in which the two old friends agreed that Trump would present himself as the most unpalatable candidate possible to make sure that Clinton would, finally, get everything she ever wanted. The two of them share the same dream. Clinton deploying her big prosthetic Donald, long and rubbery, charging to victory on the engorged Donald that she carries between her legs; and Trump, daring to imagine what could happen if he actually won, his eyes rolling as he fantasises about birthing a new, cruel, strange America, hot streams of life and death flowing endlessly from out his broad and fertile cunt.

20 Comments to “What to do when you’ve been cucked”