How you lost the world 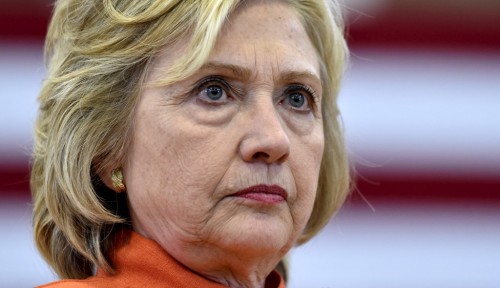 I think I’m still in shock. When the sun rose this morning it was blistered with the face of Donald Trump, bronze and smirking hideous, and all I can think about is Hillary Clinton. It’s what I know. Throughout the entire election, one slow-motion clip of a clown car ramming into a crowd of pedestrians, I’d assumed that the danger of Trump and the danger of Clinton were of two different orders. Trump was dangerous because of what he said and what he represented, the waves of fascism and violence that rippled out from the dead plopping weight of his speeches. Clinton was dangerous because of what she would actually do, because Clinton was going to win the election. I was a sucker, the kind who gets duped precisely by believing himself to be too smart for any kind of con. I thought I saw through it all, the whole stupid charade, a coronation disguised as a battlefield. I was wrong. This was exactly what Hillary Clinton wanted people like me to think; she wanted to be an inevitability. And this is why Trump won: the presidency was Clinton’s to lose, from the moment she announced her candidacy, and she lost it. She was the only person who could. People don’t like taking part in someone else’s inevitability.

Why did Hillary Clinton run for President? The most gruesome spectacle of Election Day was her short speech outside the polling station in Chappaqua, New York. ‘It’s the most humbling feeling,’ she said, of voting for herself to control an enormous nuclear arsenal. All electoral politics are predicated on this kind of bullshit, the debates, the campaign ads, the phony acceptance speeches, the highminded types trying to focus on the ‘issues,’ as if there’s any issue at play beyond a pair of hungry-eyed megalomaniacs deciding that they want power. Someone like Trump might have been stupid enough to convince himself that he at least had some kind of grand vision for the country, or the will and dedication to really get things done, but Clinton had no such illusions. She’s been in government for a long time; she knew that the powers of the presidency can be competently exercised by any grey and dismal middle manager, she knew that she had nothing particularly unique to offer. She was running not because there was anything in particular she wanted to get done – look how slippery her positions have been on just about every issue – but because she wanted it, the big chair and the big desk and the first female President; she decided that it was her turn, that it was hers by right. She knew that she was electoral poison, that vast swathes of the country hated her and for good reason, that she was compromised by a miserable record spotted with sleaze and criminality, that she alienated the left, inflamed the right, and appealed mostly to a small coterie of sexually repressed and pathologically centrist think-tank nerds, that her entire constituency was made of limp cardboard and backlogged semen, that her candidacy raised the serious possibility of a Republican victory when anyone else would have beaten that divided and frothing party into insignificance with one hand tied behind their back – but she ran anyway.

And then she lost. Despite it all, the vast monumental horror of a Trump presidency, it’s hard not to feel a little twinge of satisfaction as Hillary Clinton is denied the only thing she ever wanted and which she never deserved. Trump has promised to send her to prison. Good. It’d be for all the wrong reasons, but her crimes are many, and losing a general election to an overgrown baby should absolutely carry a long minimum sentence. Let her rot.

Clinton’s media foot-rubbers are presenting this result as a victory for prejudice: Trump won on a platform of racism, sexism, ableism, misogynoir, homophobia, transphobia, Islamophobia; the American people are hateful beyond reason, and they elected a knight of the kyriarchy to turn their roiling incoherent psychopathologies into government policy. Of course these people are right; it would be incredibly stupid to discount the role of outright bigotry, especially in a country that has fuelled itself on bigotry for three hundred years. But it’s not enough; if the only problem was too many bigots the whole elections collapses into a question of tribes and demographics, and you don’t have to think about why Clinton lost. Trump won among voters who ticked the box for Obama in 2008 and 2012, he won decisively among white women, he picked up a far bigger share of ethnic minority voters than anyone would have reasonably expected, he won because the standard formula of American liberalism – eternal war abroad coupled with rationally administered dispossession at home and an ethics centred on where people should be allowed to piss and shit – is a toxic and unlovable ideology, and his candidacy turned it from an invisible consensus to one option among others.

Hillary Clinton had nothing to offer people; all she could give them was fear and herself. Her campaign was the most cack-handed and disastrous in recent decades, managed by a gang of simpering imbeciles pretending to be Machiavellian strategists; it was all on the flimsy depthless level of TV. Now watch her whip, now watch her nae nae. Yaas kween, slay kween, slay. Clinton was to be carried through her path to the White House on the shoulders of irritating media celebrities; Lena Dunham’s Instagram feed, Beyoncé’s stage shows, Robert De Niro’s menacing monologues. Clinton strategists actively and deliberately abetted Trump at every stage of his rise through the Republican primaries, dignifying his candidacy with every statement of disapproval, because they thought that he was the enemy she had the best chance of beating. Clinton spent the final weeks of her campaign against a parody toddler obsessing over weird conspiracy theories, painting her opponent as a secret Russian agent. Clinton decided, as a vast country fumed bitterly for something different, anything, that she would actively court the approval of a few hundred policy wonks. Clinton all but outrightly told vast swathes of the American working classes that they were irrelevant, that she didn’t need them and they would be left behind by history, and then expected them to vote for her anyway. Clinton was playing at politics; it was a big and important game, but it could be fun too; it was entertainment, it was a play of personalities. Her campaign tried to reproduce the broad 500-channel swathe of TV: an intrigue-riddled prestige drama and a music video and the 24-hour news; they forgot that trashy reality shows always get the highest ratings.

Donald Trump is a fascist. We shouldn’t be afraid of the word: it’s simple and accurate, and his fascism is hardly unique; it’s just a suppurating outgrowth of the fascism that was already there. Still, this time it’s different. The fascisms of Europe in the 1920s and 30s, or east Asia in the 50s and 60s, or Latin America in the 70s and 80s were all the response of a capitalist order to the terrifying potency of an organised working class. Fascism is what capitalism does when it’s under threat, something always latent but extending in claws when it’s time to fight; it imitates mass movements while never really having the support of the masses. (In Germany, for instance, support for the Nazis was highest among the industrial haute bourgeoisie, and declined through every social stratum; look at Trump’s share of the voter per income band and see the same pattern. The workers didn’t vote for Trump, they just didn’t vote for Clinton either.) But today the organised working class is nowhere to be found. There’s no coherent left-wing movement actively endangering capitalism; the crisis facing the liberal-capitalist order is entirely internal. It’s grinding against its own contradictions, circling the globe to turn back against itself, smashing through its biological and ecological limits and finding nothing on the other side. This is the death spasm, a truly nihilist fascism, the fascism of a global system prickling for enemies to destroy but charging only against itself. There’s no silence in the final and total victory, just an endless war with only one side. It’s not entirely the case, as the slogan puts it, that the only thing capable of defeating the radical right is a radical left. The radical right will defeat itself, sooner or later, even if it’s at the cost of a few tens of millions of lives. We need a radical left so there can be any kind of fight at all.

99 Comments to “How you lost the world”