There’s no such country as Russia 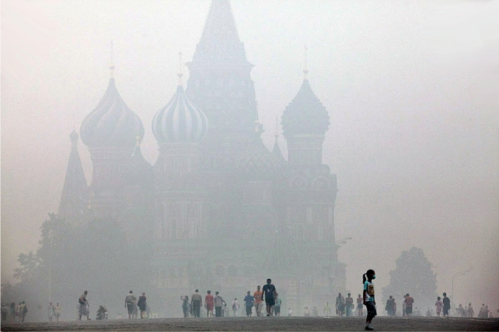 On the internet, there’s a small but dedicated group of people who believe that Donald Trump is secretly trans. To be honest, it explains a lot. That’s why he’s so histrionic, so obsessed with slights and appearances, so consumed with petty gossip and petty grievances. It’s why he’s so utterly soft, like a person sculpted out of margarine. It’s why he loves expensive things and little cakes: he’s a woman, and we all know what those are like. And it’s not just the first female President, but his entire family. Don Jr and Eric had big red ‘F’s on their birth certificates, to match the next twenty gormless years of transcripts and report cards. Melania wears all those disastrously unwoke outfits so nobody notices her dick. Barron is a girl being coercively raised with short hair and videogames; Ivanka was a boy forced to wear dresses. The believers scour through every second of video footage of the First Family, looking for any tiny trace of gender misperformance, filing it away in long YouTube videos: here is The Evidence. Of course, it all goes much deeper than the Trumps. They’re only part of a secret elite Satanic trans cabal. Everyone in the higher reaches of power is trans, from the British royal family to pop stars to TV anchors. Why isn’t entirely clear. Because they hate nature, because they hate God, because they’re mimicking the androgyny of the Baphomet, because they’re just perverts. (The theory is also somehow linked to the idea that all animals not mentioned in the Bible are actually fake – zebras are just painted donkeys, gorillas are men in suits, sloths are animatronics, and so on.) But the truth is plain to see, and the investigation continues. Soon, all will be revealed.

This is a fairly stupid, bigoted, and dangerous theory. It’s also far more believable than the idea that Donald Trump is a secret deep-cover Kremlin agent. So why is the Transvestigation confined to a few YouTube channels, while Russiagate spent nearly three years dominating the news?

Three years of drivel. Three years of Putin’s puppet, of game theory, of Slovakia being part of ‘Soviet Yugoslavia,’ of the shocking revelation that Russia sends delegates to the World Economic Forum, of a Hollywood actor declaring war on behalf of a government that never got to exist, of ‘the Communists are now dictating the terms of the debate,’ of ‘the death penalty, for espionage, being considered for Steve Bannon,’ of ‘what would your family do if Russia killed the US power grid,’ of ‘the only option is a coup,’ of ‘Russia was able to influence our election because they figured out that racism, sexism, anti-Semitism, homophobia, and transphobia are America’s Achilles heel,’ of protesters waving hammer-and-sickle flags at demonstrations, of ‘Comrade Trump,’ of ‘welcome to the resistance,’ of hysteria, of anthem-farting nativist boosterism, of fantasies in which all your political enemies are legislated out of existence, of the idea that the mere existence of the world’s largest country is somehow illegitimate, of endless screams for war and military aggression, of sub-John Birch Society reactionary psychosis, eyes rotating independently, brains glittering with crank, delusions piling on delusions, TV comedians and failed politicos turning themselves into volunteer CIA analysts, an entire intellectual class bursting out of reality and into the lunatic swirls beyond, a bourgeois elite that needs to invent global conspiracies to account for the fact that nobody loves them as much as they love themselves, messianic terrors, indictments swooping in the night, the titanomachy for the soul of America, the war against saboteurs and spies, braindead dads playing toy soldiers on Twitter, silent retractions, bashful corrections, denial, bargaining, anger, total psychological rot. Three years of this crap, and none of it was true.

From the Mueller report, the thing that all these mad hopes hinged on and swung from: ‘The investigation did not establish that members of the Trump Campaign conspired or coordinated with the Russian government in its election interference activities.’

Of course, the investigations have led to several indictments, and exposed some of Trump’s sleaze, lies, and criminality – but that’s just because the man is a sleazy lying criminal. That wasn’t the focus, it wasn’t what the investigations and their boosters promised. For years, I was gloatingly told that any day now, it would be proved that the President of the United States had covertly worked with the Russian state to steal the 2016 election, not that he’d illegally paid off a porn star out of campaign funds to cover up an affair. It’s not hard to catch the world’s absolute pigshit dumbest head of state out – but somehow, the Russiagaters have shown themselves to be even stupider than he is. They challenged a bloated foetus with a combover to a game of wits, and they can’t stop losing. For three years, they’ve been trying to get some dirt on a scummy Mafia associate – and they thought they could do it by collectively pretending to live in a spy novel.

It doesn’t matter. It isn’t over: it’ll never be over, not as long as people continue to believe. At the time of writing, the theory goes that the Attorney General’s summary of the Mueller investigation’s findings is actually a cover-up, a Trump nominee lying about the devastating report in a last desperate effort to hide the awful truth. When the full report is released, it’ll be something else. If the Rapture didn’t come on the predicted date, it’s because you were too sinful; if the comet failed to pick you up and carry you out into kaleidoscopic polysexual interstellar space, it’s because something polluted your positive vibes.

Conspiracy theories, the idea goes, swill around in the dregs of society, among the toothless, tobacco-stained, and deranged. The people who believe Trump is secretly trans are isolated cranks, while the people who believe Trump is secretly a Russian agent – or pretend to think that – are Hillary Clinton, the New York Times, the Washington Post, the Guardian, CNN, MSNBC, a substantial chunk of elected Democrats and not a few Republicans, along with doctors, lawyers, scientists, and celebrities. Early in 2017, the Washington Post published an op-ed castigating sections of the public for believing the insane reactionary nativist fantasy that Barack Obama is a secret Muslim, while not believing the insane reactionary nativist fantasy that Donald Trump is a Russian asset. Obviously, this writer didn’t think these ideas were comparable. It’s hard to imagine that the class character of the people who hold them didn’t have an effect. But ruling-class conspiracies aren’t really so unusual. For centuries, the European ruling classes were happily spreading and inventing paranoia against the continent’s Jews. Today, the Hungarian ruling classes do much the same thing. And the Prime Minister of Israel, not to be outdone, has tried to somehow exonerate Hitler for the Holocaust, and pin it all on the Palestinians.

All this is difficult for me, because I love conspiracy theories and the people that hold them. But there’s an inconsistency. Climate change denialists are not as dear to me as creationists. I can’t sympathise with people who think a tragic drink-driving accident was actually an Islamic terror attack because the driver was Indian, not in the same way that I sympathise with people who think the Sun’s been replaced by an artificial double because the daylight seemed warmer when they were young. And while I love flat earth, hollow moon, and the new chronology, I can’t love Russiagate. Maybe it’s because I don’t have family members furiously insisting that all of history up to the sixteenth century was fabricated by the Jesuits. Maybe it’s because my class and my education mean that I can love these other things without anyone taking it too seriously. But mostly I think it’s because what I admire in untruth is its expansiveness, and Russiagate is so small. Nasty, measly bullshit; Cold War imperialism and a horror of foreign contamination; the petty presumption of the educated upper class. I don’t hate it because it’s untrue. I hate it because it’s another grim wift of what’s killing us.

‘We do not object to a judgement just because it is false,’ writes Nietzsche, ‘and this is probably what is strangest about our new language.’ We’re all Nietzscheans now. It’s worth noting that the people who gave themselves brain damage over an utterly imaginary Russiagate are the same ones who’ve also been having a three-year-long freakout about fake news and post-truth politics. The responsible, the sensible, the evidence-based, the moderate. In 2017, the British publishing industry saw fit to put out three separate books titled Post-Truth. Two had the word ‘bullshit’ in the subtitle. This frantic repetition, as any good Freudian knows, is the foundation of civilisation and sanity, while itself being utterly deranged. (Psychoanalysis is always quite Nietzschean in this regard. Whether your father actually wants to castrate you is immaterial. Just because they’re after you, doesn’t mean you’re not paranoid.) I’ve spent a long time writing against this kind of miserable desaturated administration-as-politics, but if it ever existed in fact rather than as a regulative ideal, that mask has fallen now. All the Mueller report has done is made it a little bit harder to pretend that politics is, or should be, within the domain of facts. Russiagaters, welcome to the unreal. Let’s build you a better lie.

8 Comments to “There’s no such country as Russia”